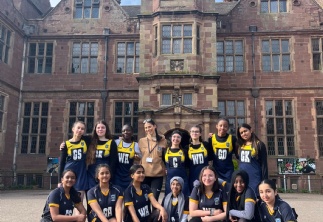 These girls have worked extremely hard since Year 7, dedicating their time and committing to netball training after school. I am so incredibly proud of how far you have all come and won so many games over the weekend. Another huge shout out to Kayanne and Batul for winning the woman of the match, both played exceptionally well and made a huge impact on the games. Again well done to all the girls who competed, it was one of my best memories at Kingsbury.