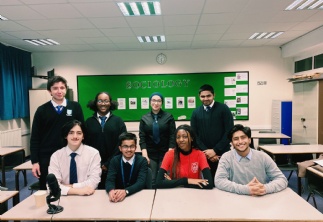 The evening started with a prepared debate where both teams had been given a week to prepare. The motion of the debate was on whether in unprogressive countries, grassroot projects should be prioritised compared to advocating for political change. After a challenging debate, both teams won their respective debates and were declared the winners for the prepared motion.

The second and final debate was unprepared. The motion was given, and both teams had 15 minutes to prepare. The motion focused on whether if, in a perfect world, immortality was available then should it be freely available to everyone? Both teams won their debates against some tough competition from other schools.

Overall a very successful evening for both KHS Debating Teams winning all debates and both teams hoping they have accumulated enough points to make it through to the semi-final of the DebateMate Urban Debate League Competition.